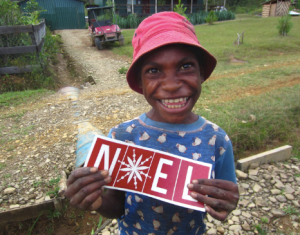 And seizures. Every day.

Many of these things make up the daily lives of the Kamea people. True, there are happy things as well; but for most of our people living in the remote mountains of Gulf Province, these difficulties are a fact of everyday life.

Except for the seizures. That was something Noel alone had to live with all of his life.

When the missionaries moved into Kunai village in 2004, Noel’s grandfather Isaac was one of the landowners. It wasn’t long before Noel, who was hindered by microcephaly (which causes an under-sized cranial cavity), became acquainted with these strangers who now lived among his extended family. Over the years he never grew up much, mentally or physically; but that never stopped him from touching the lives of everyone who ever visited Kotidanga Baptist Mission. 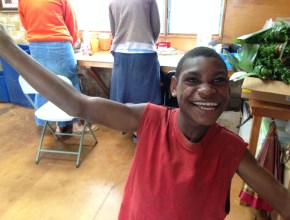 And it wasn’t long before smiling Noel became a fixture at the mission. Once the Kunai clinic opened, almost daily he could be found  hanging around with the missionaries, especially the nurses. They loved him unconditionally. They hugged him, and he was always glad to reciprocate. They walked with him to the village market. Many times he accompanied them in the Kawasaki Mule on short trips—and if Noel had his way, he would have gone every time. 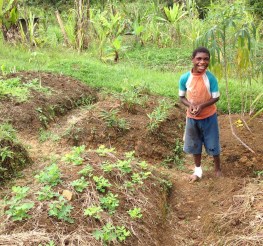 In his younger days he earned the moniker, “Naked Noel.” Like many Kamea children, he would scamper about without a stitch of clothes, in complete innocence. When Sister Becky told him he should wear clothes to church, he would bring his trousers and put them on once he got into the building—and when service was finished, he would take them off and scamper out the door. 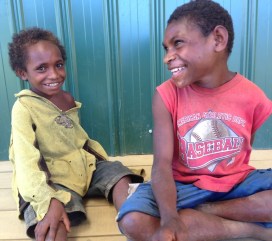 He loved anything with an engine, anything with a sound he could imitate. Every construction project where we used a generator, Noel would be there, desiring to be the one to turn it off when given the signal. (He would have started it, but his crippled arm couldn’t pull the starter rope.) When the project leader would stand aside, arms folded, pondering the next move, there too would be Noel—standing beside him, arms folded in the same manner, looking as important as he could. Except that he would have a grin. A huge grin. 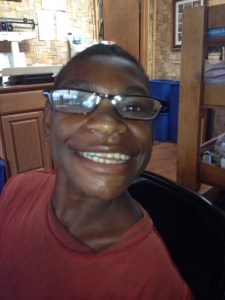 Noel enjoyed worshipping with the believers at Kotidanga Baptist Church. At times, he would make a grand, slow entrance, just as the songs were being sung. He would look from side to side, as if to make certain everyone saw him, smiling from ear to ear. Some would motion him to sit down and not to disturb, but he often ignored them and made his way to the front where the pastor was sitting. 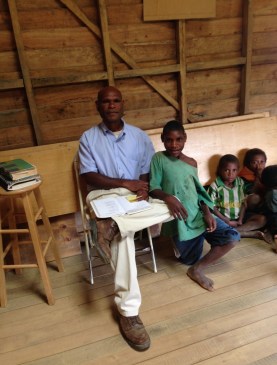 Noel would then sit down on the floor beside the pastor (most people normally sit on the floor anyway), and then put his hand on the pastor while doing his best to sing. Many times before the service was over, he would make his way back to sit with one of the missionaries, usually one of the nurses.

Everyone who knew Noel knew that he had one favorite thing: Helicopters. Because we have a large open area at the mission, and because the missionary helicopter pilots know us, sometimes they will come land at our place to refuel—which puts them not only in our front yard, but in Noel’s front yard. Keeping a safe distance from the twirling blades, Noel would serve as security, keeping the younger children away too. 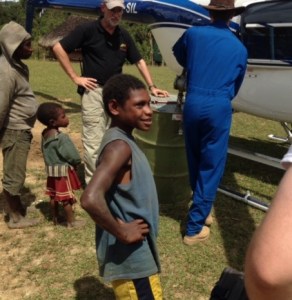 Once the chopper (or as Noel called them, “sopa”) was shut down, Noel would get as close as he could and look wonderingly at the beautiful, magical aircraft. The pilots all know him, and one day, one of them actually took him for a brief, hovering flight. Ah, Noel! As he would say excitedly, “Sopa! Sopa!”

Would it be too presumptuous to say that he had a favorite nurse? That would be his beloved Setina (Lena). He hung out with her so frequently, both at the clinic and at her home, that most of the nationals called her his “mama.” 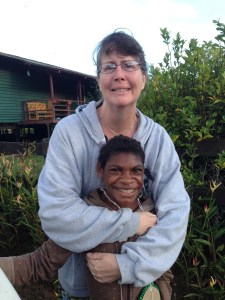 How those two loved each other! Many days in the clinic, Lena would give Noel a pen and paper to keep him busy, and he would sit and draw myraids of tiny circles all over the paper—which he would proudly show everyone. Of course, he could never resist being Lena’s assistant as she treated patients, following her from patient to patient. It was there that his inimitable heart of compassion showed through. 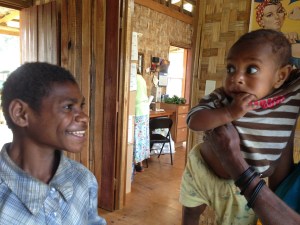 Whenever someone was suffering, or if they had a visible, ugly wound, or if a baby was crying, Noel would go and pat them gently, saying, “Äwa, Äwa” (I’m sorry, I’m sorry). How many times we missionaries would be injured, and Noel would rush to us saying, “Äwa, Äwa” until we gave the proper response, “Awa ti, tenkyu Noel” (It’s OK, thank you Noel)—which would usually be followed by a big hug from Noel.

If someone was hitting or fighting with someone else, regardless of the situation, Noel would bravely run into the conflict and try to defend the weaker party. He had a keen sense of justice and mercy.

It was clear to see that Noel’s own suffering informed him of what it felt like to suffer. His own experience of being bullied by other children because of his being different made him especially sensitive to others who were on the receiving end of injustice.

Noel was plagued with seizures. Lena put him on anti-seizure medication, which helped a lot. But sometimes the medicine wasn’t given properly by his family, and in the last few years his seizures intensified in frequency. Often he would fall into the cooking fire or into the river when having a seizure. 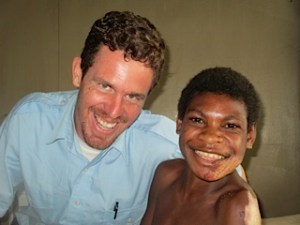 It happened for the last time on Monday morning, May 4, 2015. Noel went to wash at the creek near his home, and it seems he had a seizure. One of our men found his lifeless body in the water a short while later. 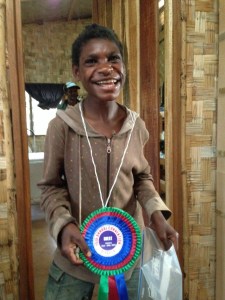 Imagine Noel’s surprise when he awoke in a new home, in the presence of the God Who loved him with a perfect love. In a place with no more suffering. In a body without limitations of thought or action. In an environment without mud or smoky huts or hunger or malaria. In the midst of joy and love and peace that exceeds that of his friends at Kunai or helicopters or even his beloved Setina.

He meets his grandfather, Bubu Isaac, one of the first Kamea believers. “Bubu, you are strong again! You look so healthy!”

He meets a former playmate, Allen, who died in an accident a couple of years ago. “Allen, you are well again! You can talk and play and run and live!”

He meets another young man, whom he only had known by his picture in the clinic. “You must be Ben. I saw your picture in the Kunai clinic every day. Our Mama Setina really misses you.”

He meets other Kamea believers who have gone before. He joins them in perfect harmony, perfect love, perfect joy, singing praise in their own heart language to the God Who created and loves all nations and tongues:

“God is good! God is great, wonderful! Let us go worship the name of the Lord!”

And then, Noel meets Jesus. 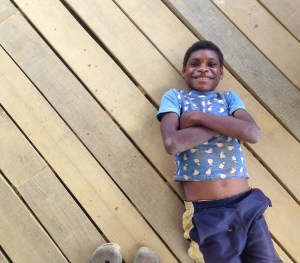 It was Noel’s best day ever. 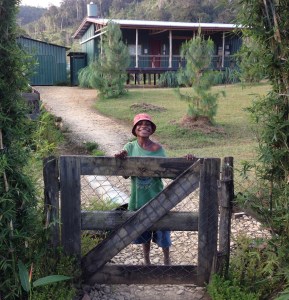 Just as Noel would wait for us at our gate, we imagine him waiting at the gate of Heaven for us now!

9 thoughts on “Noel’s Best Day Ever”